April update from our team 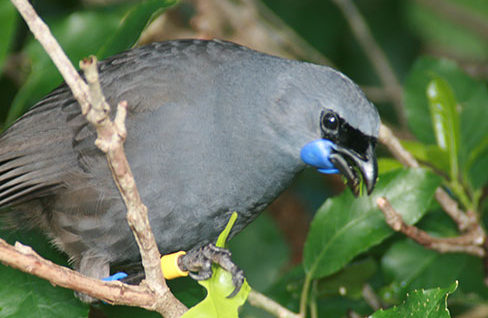 As we move into winter the two conservation groups, the Kokako trust and the Manawahe Ecotrust have both just completed their rodent monitors in the almost 1000Ha bush block running from McIvor road up to the top of the cell tower. The combined rat tracking index was less than 2% tracking which is an excellent result given that 5% is the standard target to allow successful kokako breeding.

There is now a huge conservation effort being put into the Manawahe corridor by landowners and volunteers supported by both trusts. From McIvor road to Matata there are now around 2600 bait stations of which 850 are maintained directly by the trusts and these are supported by over 450 traps which are checked by teams of volunteers. The results of this work are obvious when you walk through these large bush blocks and see NZ robins, tomtits, flocks of whiteheads as well as the usual tui, bellbirds and kereru. There are also much rarer species now regularly seen including Karerea the NZ falcon, which are much rarer than the North Island Brown Kiwi. The Falcon are ground nesting birds so are also very vulnerable to stoats, ferrets and cats.

There are also Kokako, long tailed bats and recently a good population of the rare NZ King fern was located in the cell tower block. While possums and rats are at low levels and mustelids are targeted by a network of traps there are still issues with cats. MET uses game cameras to monitor the interactions with traps and cats are regularly picked up on cameras throughout the bush blocks. They pose a threat to birds, lizards and invertebrates.

Browsers are also limiting the forest recovery. Wallaby are now spread throughout the corridor from Lake Rotoma right through to Matata and are adding another layer of browsing damage to the forests on top of the longstanding impact of deer. Studies in Okatina forest showed that when dama wallabies were excluded from study plots, plant species diversity increased by 57% (between 1984 and 1995), thus maintaining the right species of food for kokako. Our cameras often show groups of wallaby around our trapping stations. This year we would like to start a wallaby control programme in the main bush blocks and we would encourage landowners to do the same.

We are doing our autumn baiting rounds in April (the 11th and the 17th) and will have around 50 volunteers from both trusts filling bait stations. This is targeted at rats and possums to keep their numbers down over winter.

If you are keen to get involved with any of these activities or would like advice and support with controlling pest species, feel free to contact Peter at MET (petewfergusson@gmail.com)

March has been really busy at the centre with Whakatane Intermediate school finishing their trap building programme. 19 of the schools 20 classes have been to the centre to learn about the amazing birds and the pests that are predating them. Each class has then built 8 rat traps which have been taken back to the Intermediate school where they will be set up as individual class trap lines. The main learning for this project is around teaching students what you have to do to be a trapper and to look after a trap line. With the average age of volunteer trappers in NZ at 70 it is important we teach the skills to our youth.

Awakeri set themselves up on the field recently for a 3-day camp. It was so nice to have 20 tents and have the buzz of camping at the centre. One of the highlights was heading into the bush early one morning to listen for the Kokako and although we didn’t hear them the other birds were amazing. The students got to see Toutouwai (NI robin) and Miromiro (tomtit) as well as tui, piwakawaka and kereru.

The last two weeks of term are still busy, with 4 classes from Otakiri school and Little Orchard Preschool. Apanui School are also coming for three days as MET offered for them to take part in the programme after the fire they had earlier this year.

On May 27th we will be holding our Schools Multisport race. It will start and finish at the centre. Students will be running and mountain biking on the road and on local farms. If you have a spare few hours and would like to be a volunteer for this event please let me know.

Finally, and sadly during the Easter weekend vandals smashed the back windows and door into the house. I have noticed over the last few weeks that people have often been at the centre in the evenings and weekends. We want to encourage the local community to come and use the field and play on the play ground as this offers security for the centre as well. If anyone heard or saw anything over the Easter weekend can you please let me know. The local police have been informed of the vandalism.